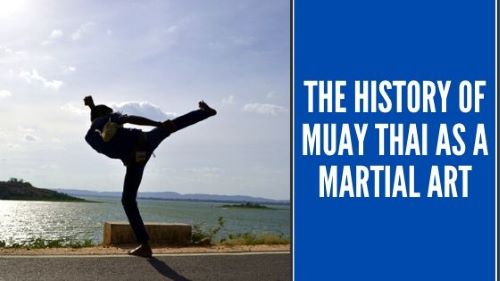 Muay Thai history dates back to the ancient days when Siam people were superior in fighting to secure their freedom and independence. Muay Thai is among the influential combat fighting art, and due to its effectiveness, it is liked by many when it comes to eliminating strengths in self-defense and body fitness. It also neutralizes one’s opponent without weapons. It involves eight methods of striking, and its combatants include punches, elbow, kicks, and knees hence the name science of eight limbs,’ where the eight strikes stimulate the weapons of war.

Boxing fighters compete in a ring for several rounds, and according to their level and weight category making the use of percussion such as elbow, fists, feet, and knee blows, they use ‘capture and projection’ techniques.

The fighters in Muay Thai history wear different protection clothes depending on their competitors’ age, level, and sex.

Every Muay Thai historical event is preceded by ceremonial ritual, for example,’Ram Muay’ and a meditation like Wai Khuru’ followed by a specified type of music. Apart from rituals, it also evokes the philosophy of life as a whole.

Muay Thai history was founded basically due to military purposes. Thais are said to have inherited martial arts, and according to their traditions, after the death of their king (Sen Muang Ma) in 1411, his two sons (Ki and Fang) fought to snatch power.

The respective armies could not manage separately, and they settled the dispute by a duel. Each camp nominated best boxers, and Fang’s fighters were defeated; therefore, Ki ascended the throne.

Muay Thai history has been part and parcel of Thai heritage for decades of years with numerous traditions from ancient times. However, there are many distinguished versions of Muay Thai history where all of them agree that it was an effective method of self-defense to Thai warriors as they went to the battlefield to participate in wars that happened countless times in the history of their nation.

During this time, there were warfare manuals written, for example, Chupasart, ’ which put more emphasis on the martial uses of every body part. The main philosophy of ‘Chupasart’ manual implies that fighting involves total commitments of the body, mind, and soul, and it is more than having weapons.

However, Muay Thai history has evolved across the years. For example, it has changed from the battlefield with close quarters elimination grounds techniques based on a fight tradition to the present day. With the many changes, Muay Thai history has not lost any of its exotic appeals. This martial art defeats all other fighting techniques such as kickboxing, karate, kung fu, and taekwondo.

As noted earlier, Muay Thai emerged as a sport, and its practice was away and off from the chaos and heat of the battlefield. Though it existed, it started when Prachao Sua was the king of present-day Thailand (1697-1709). With much love for this art, he managed to fight often incognito in the local village’s contests, and he defeated local champions.

When the nation was peaceful, he urged the army to keep practicing and training in the Muay Thai, and from this, competitions started being organized loosely all over the country. Therefore, he became the founder of this art.

In 1774, Nai Khanom Dtom had a battle against the Burmese group as he was a war prisoner in Burma hence making Muay Thai well known. As a legend, he defeated ten Burma best boxers, and without ceasing, he took them through a one by one battering and bruising contest. He further illustrated one of the favorable Muay Thai elements that state that apart from yourself, there is nothing else that can stand against you.

Muay Thai techniques have been used by trained soldiers as long as they have remained in the army. Most a time, the military has used these tactics to combat fighting skills on the battlefield. Beginning with soldiers, every other person, when fighting hand to hand, must apply the Muay Thai technique. It has also become part of Thai childhood because as children grow, they copy, watch, and learn it hence becoming part and parcel of their life. Again, it has become a kind of favorite sporting pastime for people and trained in camps all over Thailand.

In ancient times, say, the 1930’s, Muay Thai became officially codified, but this happened with rules and regulations availed, and It was introduced to the sporting world. This aimed at making it an international sport that occurred in the 20th century hence a safe ring sport. With this, there was a round contest introduced together with eight divisions regarding international boxing. For example, Queens-bury rules of boxing gloves had to replace the rope bindings on the warriors’ hands.

With centuries of long history, Muay Thai history has advanced and moved on. Today, it is recognized by many countries, such as the Netherlands, among others worldwide, thereby making a new proud historical era.

In the previous years, both professionals and the amateur of Muay Thai have swept across the world and evolved to premier ring sports because it’s a fighting art with no equality for spectators and unarmed combat and fitness program as well as a self-defense technique.

The International Federation of Muay Thai Amateur (IFMA) was initiated in 1993, and it comprised 128 countries as members who are grouped around five continents and united under one regulatory body. IFMA is recognized in the world as the only international federation of nonprofessionals that promote martial arts of Muay Thai in Thailand.

Muay Thai, in the present day, is an international sport that brings freedom in many ways. For example, it helps in the battle against mental and physical health. It is also useful in toning arms, shoulders, and legs.

Everyone has a right and a chance to practice and train in Muay Thai regardless of culture or religion because its practitioners do not scorn but uplift the weak in it.